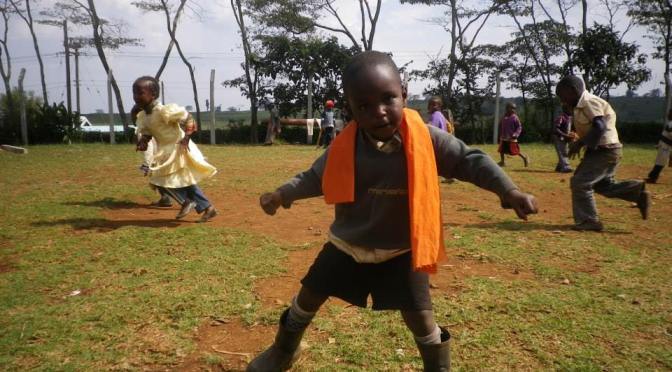 She walked tall, with her chest puffed out, shoulders back and her head pulled back even further, somehow oozing a cool nonchalance, even with such a rigid physical stance.

If she had something to say, she said it and she said it loudly, often with a laugh; an infectious laugh, but with a twist of an evil cackle under the surface.  Sometimes it was hard to tell whether her laugh was at us or with us.  When she wasn’t laughing she was still baring her teeth, always smiling with her whole face.  Her eyes smiled too, but they glinted in a way that said, “I won’t hesitate to chop you up and put you in a soup if I have to”.  She had an air of authority about her, but her wicked sense of humour made it impossible to remain too serious around her.  She scared the hell out of me, if she wanted me to laugh, I laughed.

Lucy was the school teacher, and I wouldn’t want to get my sums wrong on her watch.

You would think that the children in the class wouldn’t dare murmur without her say so – If I’d met Lucy when I was a 5 year old I’d probably have developed incontinence issues to go with the rest of my generic anxiety symptoms.

They did all the things that children do in every classroom I’ve ever been in.

To walk into this room on our first day and see such a large space with so few children; to see children ranging in age from 5-11 sitting together in the same class; to see all of the old wooden toys and beaten up desks and benches; to see each child wearing something different, none in any kind of uniform… This first glance made this class seem completely different to those clear cut, straight edged classes I’d see back in the UK.

But really, they were just kids, doing kid things, in a kid space, making kid noises.  They had their play time, their work time, lunch time and home time, just like any other school.

There was one noticeable difference.  Coming from a westernised culture, we know that in any classroom, children will run riot, they will test your patience, and a teacher will tear his/her hair out to get them to cooperate.  But not Lucy.  Not this teacher, not in this class.

The children may have seemed unruly at first glance, and Lucy didn’t seem to mind their antics, but if she was done, if she’d had enough, there was one very quick way to silence the class…

And that was it.  Nothing more needed than that.  She would just look up from her book and yell over the din, any single syllable, loud noise and every child in the class ran to their own allocated seats and put their heads silently back down into their own work.

As the week went on it became clear that the children had been very simply conditioned to respond to this call.  Whenever Lucy was frustrated with an individual child, one who needed to be told, she would make a loud noise and raise her hand to them, in the same way that my mother used to threaten me with a smacked bum for misbehaving at the dinner table.  It was clear, that somewhere along the way, these children had learned what follows this action, and had learned to react accordingly.

Each time Lucy did this, and got the response she wanted from a child, she would drop her hand back down with a slap on her own thigh and follow it up with a deep, jolly laugh, as if she was telling the funniest of jokes.  To them or to us?  I couldn’t tell, but I could see from their faces that the children on the receiving end weren’t quite sure about the punchline.  I wondered how many of the children in the room had actually received a clout from Miss Lucy before now, how many of them knew first hand what it meant to misbehave and how many had learned from others’ mistakes.  Was it only the horrified white girls faces that held her back from delivering that wallop to their heads instead of her own leg?

When we settled in, as English speaking, white girls (Mzungu’s) among the children and started to talk to them, do their sums with them, read books with them and play with them, they became exactly the same as any child back home.  So what makes them so different?  Why do we see such dramatic footage of African children, living in squalor and fighting for life?  Why is that the only Africa we get to see from home?

In the classroom, these children have dreams and ambitions.  They strive to become doctors, lawyers, singers, astronauts, actors and firemen/women.  Outside they play football, they climb trees, they run around and laugh and dance and make loud noises with any hollow instrument available.

We are conditioned with this idea that Africa is a poor continent that couldn’t survive without our help, without our financial contributions or without our pity.  The truth is, these children don’t know the difference between a diamond ring and a rusty bucket in terms of their financial value – They’d probably prefer the bucket to be honest. 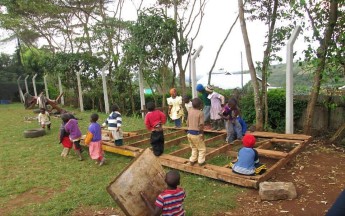 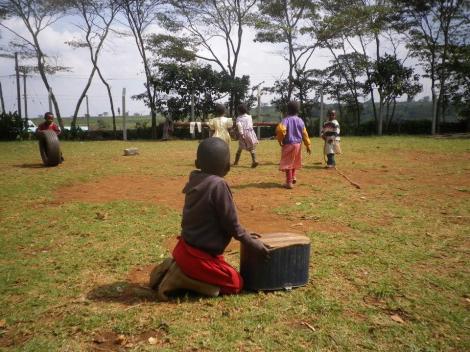 It’s about time that the western world stopped picturing the whole of Africa as one of those painful adverts asking for a monthly donation to save young Philip from walking hundreds of miles a day to collect clean water, looking sad and malnourished.  These children have a wealth of happiness much greater than a lot of children in the UK.  I’m not even sure I remember a time when I was that carefree, I think I was raised in the same way as a lot of British kids.  We knew from quite a young age that the world was full of poverty and bad people.

These tiny smiling faces don’t need our pity, they need to stay exactly as they are, and not let this crazy world break their spirit.

“Do your little bit of good where you are; it’s those little bits of good put together that overwhelm the world” – Desmond Tutu

How did this story begin? Try Part 1 First!

Looking for Part 12? That’ll be here in September, after a short break!