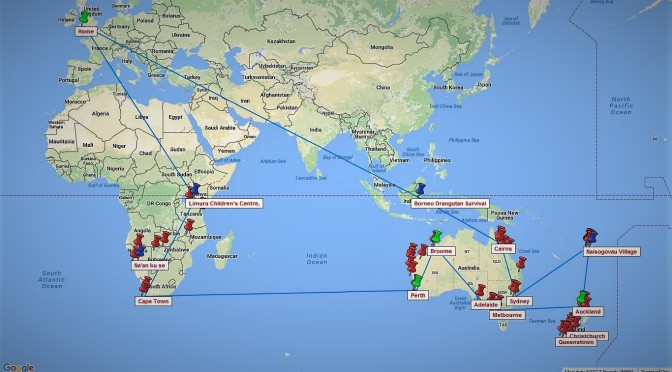 In September 2013, I gave up my job, climbing the professional ladder of the financial software development world.  Not to say that I have any technical skills to speak of, my position in that environment was as Project Support, so fairly admin-y.  Sounds fun, right?  Well, surprisingly, it actually was! I loved my job, I had a beautiful new car and I was progressing in my home life to a point of considering a mortgage and maybe a risky business venture with a friend… But no.  My feet are too itchy to scratch from my swivel chair, I need to break out from behind this desk, the world must be seen and experienced before I can be happy about this painfully sensible life.

So, with no funds to start me off, with a car loan to pay plus the additional loan I took out to set my plans in motion (both of which I’m still paying off, I might add), I followed a dream I had been considering since the vulnerable age of 18, to spend 2 months in Africa, volunteering, travelling, taking in some culture etc. (as mentioned in my bucket list post Act Positively, Plan Negatively and Expect Nothing).

But why stop there?  I’m going to be in the southern hemisphere, that’s worth a flight deal to Australia while I’m at it.  Just a few months there, make up my funds, then onwards, back up through Asia and home via Europe, what an epic plan! I should be done and dusted in 18 months and back to building my career and thinking about settling down…

So here, in pin-map images, is my travel story so far: 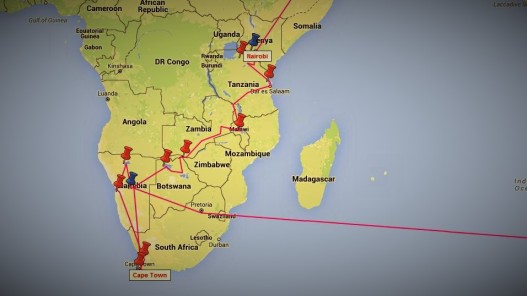 Leaving home late September, I flew London to Nairobi, via Dubai.  I spent a week volunteering at a school / orphanage called the Limuru Children’s Centre and then left for a 40 night safari, taking a 24 strong group of total strangers, over 10,000 kilometres, to Cape Town.  After a few days there I flew back to Namibia, to a place called Na’an ku se, a wildlife sanctuary where orphaned animals are looked after when they are found in vulnerable situations in the wild.  After 2 weeks of sharing my mealtimes with a playful Springbok and my bed with a nappy wearing, bottle feeding baboon, I flew to Johannesburg, where I remained in my hotel room, sick as a dog, until my flight 2 days later to Perth, Western Australia.

In spite of my initial “5 months in Perth earning money and then onwards” plan, I spent 2 years in Western Australia, working, travelling, working some more, and then a little more travel before the department of immigration called time on my explorations.  In the last month in the country I managed a detour via the Great Ocean Road on my way to Auckland, New Zealand, to start yet another new life. 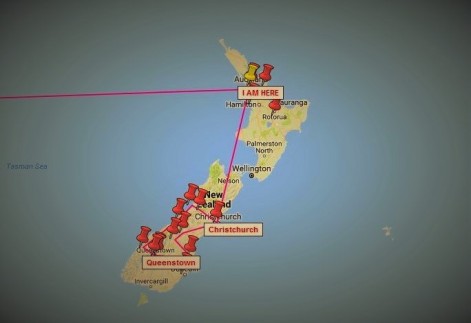 I arrived in Auckland a broken woman, after the heartbreak of having to leave my beloved second home.  The plan here? To spend 3 months earning and then a quick dash around the islands to take in the scenery.  The reality? A year working because I’m AWFUL at budgeting.  On the bright side, it gave me plenty of time for my travels and a far better bank balance to travel onwards with!

I chose to spend Christmas 2016 in Fiji.  For the first week I took an island hopping tour of the Mamanuca and Yasawa Islands, to relax in preparation for a volunteer project working on the construction of a Kindergarten in the small village of Naisogovau near Suva over Christmas.  The people and places here were full of pure love. 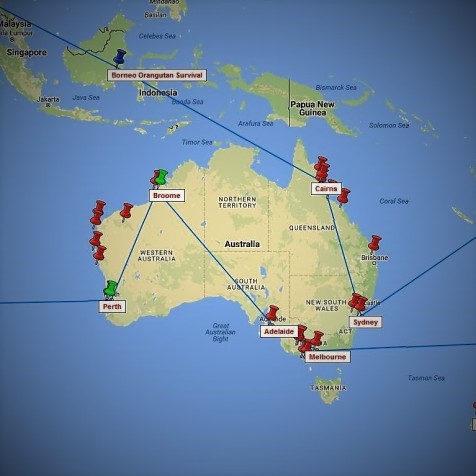 Two years wasn’t enough.  I returned just in time to spend NYE in Sydney watching the incredible firework display on the Harbour Bridge, and then spent the following two months touring through New South Wales and Queensland.

I’ve added NSW and QLD to the original Australia Gallery!

Borneo was a one stop shop and all I have to say about this is Orangutans, Orangutans, ORANGUTANS! (And maybe a little time with Sun Bears too!).  I went here specifically to give my time to the animals whose habitats have been severely affected by the growth of the palm oil industry.

So much has happened over the course of the last 3 1/2 years, but I won’t drown you in detail.  Instead, if you would like to see an interactive version of the map images above, please visit my Pinmaps site, where you can zoom in on the details, open up each individual pin for a brief description of what happened there, and see a small selection of photos to summarise my experiences.

Aside from the images attached to the pins here, please feel free to explore the world through my eyes.  A full gallery of images is available at the top of the page, Africa, Australia and New Zealand are now fully up to date, and I’ve recently finished up the Fiji and Borneo albums for your perusal too.

I’m hoping to add albums for Thailand, Japan, Tibet and Nepal in the near future… But I’m going to have to go there first!