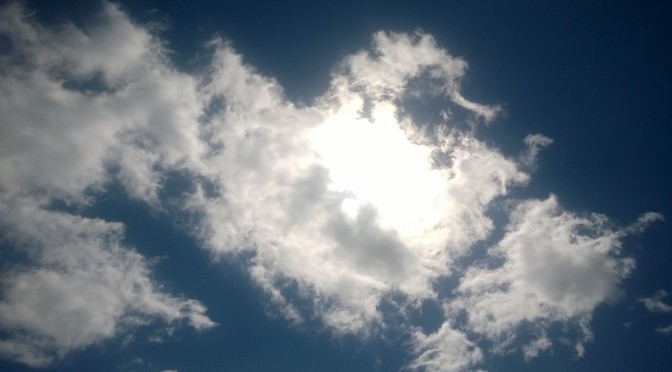 Sitting on the bus, watching Melbourne pass me by, I spotted a small alleyway. A side street from the main road. Colourful. Exciting. It was Hosier Lane, famous for street art and elaborate graffiti. I would later visit it and see incredible artworks the size of the buildings. People around me on the bus are on their phones. They didn’t see it. It belongs to me.

A man steps onto the train and stands in front of me with his music blasting and his back to me. His T-shirt is inside out. I would tell him, but I can’t get his attention.

I’m sat on a wall at the beach eating an ice cream. The ladies sat nearby have let their dog off his lead to roam the beach. He’s not interested, he’s just sat between my feet watching me eat my ice cream. Eyes wide, waiting for treats. A bird has flown down next to me too. I feel like Snow White. The women who brought the dog here are sat next to each other, ignoring everything, on their phones.

An old man with a skeleton puppet on a string singing Elvis songs is entertaining the main streets of Auckland. People are in a rush, running past to get back to their desks, lunch in hand. Nobody else is watching how much personality this old man is able to put into a puppet with just a few tiny hand movements. What an art!

I just looked out of the bus window at my latest hometown. The view of the harbour is awe inspiring. People around me are busy with their phones.

I’ve just arrived in the country, I have all of my luggage with me and I’m faced with a day of public transport and navigating my way around a busy city, to find tonight’s accommodation. A man of at least 80 has just chosen the same stop as me and helped me off the bus with my heavy bags. He also has a small case of his own. He is a Dutch comedian, who moved to New Zealand as a teenager and was not particularly academic in class during his school years. He had numerous disagreements with his teachers because he rarely turned up to class, but spent most of his time in the library, reading about subjects that interested him. He used to question his teachers in class because the ‘facts’ they taught were a mismatch to what he had read in numerous novels. He went on to become a scientist through study in higher education, and then a sports coach to young people. He used science to understand the body’s movements during sports. We’ve been talking about his life for over 45 minutes on the street corner, he has walked me from the bus stop to my accommodation. He has the time to offer me, to tell me the incredible tales of his life, and I have time to spend listening to him tell them. I haven’t stopped smiling and laughing the whole time he’s been speaking.

A guy called Greg just stopped me on the street. He said I looked happy and he liked my style. He asked where I was from and whether I would like somebody to show me around the city for a while. I politely declined, but his intentions were good and he appreciated that I had stopped and given him the time. I appreciated his appreciation.

A young boy on the train is reading one of the books from the ‘Goosebumps’ series. The other 7 children he boarded the train with are laughing and shouting and playing together, while two women are trying to entertain and hush them. He is oblivious to the manic family around him. He is glued to his book. I used to love those books too. Watching him slowly turn the pages, clinging to the last sentence of each chapter, before moving onto the next makes me nostalgic.

There is a young girl playing violin on the high street every day. She is always dressed beautifully and playing mellow, happy tunes. People are walking by with their heads down and looking at their phones, trying not to give her their attention or spare change. She has a sign in the open case in front of her which says ‘CD’s available for $20’ and another which says ‘Smiles Accepted’. I don’t have the spare funds for a CD, but she definitely deserves a smile.

A little girl in her pushchair is looking around at other passengers on the train. She is mimicking their expressions as she sees them. She sees me watching her and smiles back at me. Now she continues pulling faces at the other passengers, but after each one she looks back to me and gives a little giggle. I’m glad I left my phone on silent this morning, I’m enjoying our inside joke instead.

There’s another girl with an inside out T-shirt walking in front of me. Hilarious.

Let your eyes adjust to the world. Leave the phone at home occasionally. It’s good for the soul. 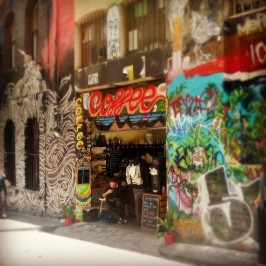 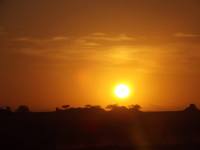 6 thoughts on “While You Were Tweeting…”