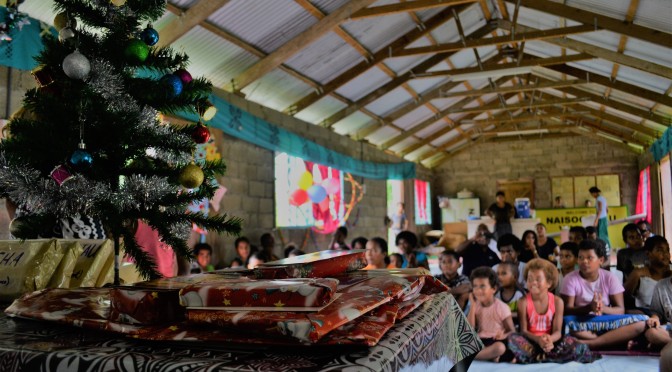 As the plane touched down on the tarmac for the third and final time and the roar of the wheels on the ground commenced, signalling that the captain was in control of the high speed aircraft, my heart slowly returned to my chest and I managed to tame my breathing to an acceptable rhythm.  It was only then that I realised the Indian lady sitting in the center seat was gripping my hand to the arm rest, as well as her husbands in the window seat to her right, eyes closed, quietly praying.  Part of me was relieved that her reaction to the rough descent had justified my anxiety, but on the other hand, I’m not sure that’s any comfort at all.  It was then that I wondered whether she was holding on to my hand for her benefit or mine.  I didn’t care.  I was grateful all the same.

We exchanged a nervous smile as she released her grip, and it was clear at this point that we didn’t share a common language, outside of fear.

As 200 shaken passengers disembarked the plane in horizontal rainfall, under a blackening 4pm sky, I couldn’t help but feel that December may not have been a good month to spend in Fiji.

For six days I was just a tourist, I holidayed.  I travelled the Mamanuca and Yasawa Islands, and rested my brain and body, ready for the task ahead.  Long days were spent reading in hammocks and admiring the various blues of the ocean and evenings were for eating food made with love, playing cards with new friends and listening to the beautiful sound of Fijian men singing familiar songs, quietly accompanied by a guitar.

The beauty of Fiji and its people didn’t end at the islands.  As I continued onwards to the city of Suva, and to the volunteer base in Narere, it became clear that the hospitality I’d been offered so far was not limited to high paying, expectant tourists.  Granted, I spent the next three weeks sharing my room with a small mouse and a cockroach of about the same size, but that didn’t detract from the warm and welcoming feeling of the volunteer accommodation, offered to us all by the Green Lion team.

When I made the choice to go to Suva, I didn’t know anything about Fiji, apart from it being a decent spot in the Pacific, renowned for its highly priced scuba diving opportunities.  Honestly, I didn’t feel too excited at the prospect of going there at all, it was merely a stop gap to delay my arrival in Australia.  In hindsight, I’m glad I felt this way, because that’s probably what made the experience all the more special for me in the end – the unexpected enjoyment of it all.

Before I had departed New Zealand, I began to look into Fiji, to get to know it, geographically, historically and culturally.  And that’s when I began to realise, this wasn’t going to be any ordinary holiday, I wanted to learn more.

Last year, in my post 10 Weeks, I explained a little about Cyclone Winston, the storm which devastated homes and livelihoods throughout Fiji and its surrounding Islands, leaving 44 people dead in its wake.  I’m no stranger to volunteer work, I’ve dipped a toe here and there before, but this was somehow different.  More meaningful.

Previous experiences have been ongoing projects, where the work is handed from one volunteer to the next – usually working with children or animals – and the next volunteer to arrive does exactly the same job as those before them.

Construction is just a whole other beast, because you can’t build the same house twice, so with each new task there’s progress to be seen and you’re a step closer to achieving an end goal.

The village of Naisogovau, near Suva, was the focus for this project, though other volunteers had done so much incredible work before my arrival that I could hardly tell it needed more.

When I joined the team, the Kindergarten had been beautifully painted and was almost ready to welcome children back through its doors, with only a few tasks remaining:

The materials were all available to finish these areas with the funding allocated by Green Lion from donations, but with so many volunteers, so much time and so little work to be done, I had to question whether there was more in the original plan.

The seemingly useless structure of a few pieces of wood holding up sheets of roofing stood in the centre of the grassy playing area.  There was already a shelter over the tiled floor outside the Kindergarten building, so what purpose did this additional roof serve?

When I probed further, I discovered that there had been a plan for this to be completed as a teachers house, but that the construction project was working on the dregs of funding remaining for this village, and would be unable to buy the materials needed to continue that part of the build, so it had been left for another time.  They intended this metal sheeting to form the roof of a teacher’s house, to enable the Kindergarten teacher to live in her own home in the village, since she was currently sharing the home of a local family, having lost her house.

That just won’t do.

I asked for your help, and the help of my own friends and family, and responses were overwhelming.  Together, you funded the materials to complete the structure of this house.

Thanks to those who made such incredibly generous contributions, an absolutely astounding $1193.88FJD was raised towards the house build in just under 4 days – quickly enough to enable us to make a start before Christmas.
Where did this money go?
Cement and gravel mix for the floor – $259
Heavy pine posts for the foundations – $711
Wood for the skeleton of the house – $450
Screws, bolts and nails – $45

With all materials available and ready to build, we started work on the house.  While some volunteers dug holes in the ground, measured and cut the posts to size and manually mixed cement, others went to the village hall each day to spend time with the women and children of the village, playing games, providing education and getting to know the beautiful personalities of each individual child who would soon benefit from our work.

Due to unexpected weather conditions throughout the final week, the village and surrounding roads were flooded, making it impossible to continue the build and to continue to spend time with these children.  It also meant that the Christmas presents which the Green Lion staff and Kids Club volunteers had lovingly provided and wrapped for them would not make it to the village.  Our work came to a standstill.

It was devastating to all of us who had developed such a bond with this village that we wouldn’t be able to be there to see the finished product and that we wouldn’t get to say goodbye to the men who led us, the women who looked after us and the children who drove us, but I have been assured by the local men in the village that this build will continue once the rain stops and roads are accessible again. I have also been promised pictures of the finished house.

In a last minute stroke of luck, two clear days in a row meant that the water levels dropped just enough to get our team out to the village for one final morning prior to Christmas before the rain hit us again… We were able to deliver our gifts to the children and say goodbye to our new friends, in a village we will never forget. 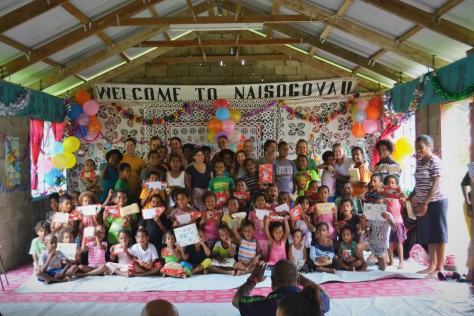 Despite all of their misfortunes, living in such a turbulent climate in the Pacific Ocean, the most loving, generous, selfless, caring and grateful people I’ve ever met have had a brighter Christmas, thanks to the donations of all those who helped, and a teacher can soon move back into her own space and spend her days enriching the lives of the local children, thanks to the opportunity that Green Lion and International Volunteer HQ gave to us to help them.

“The most beautiful people we have known are those who have known defeat, known suffering, known struggle, known loss, and have found their way out of the depths.  These persons have an appreciation, a sensitivity, and an understanding of life that fills them with compassion, gentleness, and a deep loving concern.  Beautiful people do not just happen”